A GIF Without a Cat: Chris Marker’s 96th Birthday

If you were alive as a cinephile anywhere around 2013, with access to a computer and the internet, you were probably witness to the Zeitgest of the video essay. If so, there are five words that’ll mentally toss you in the throes of that defining moment in the recent history of audiovisual analyses:

“Hi!… my name is Tony, and this is Every Frame a Painting!” The punctuation is there to let you know of the fluctuation of speech, but if these words mean anything to you, those pauses form naturally in your brain as you read them.

Tony Zhou hit a spot in film culture when his analysis of Edgar Wright’s comic strategies debuted online. It carried the success of a teen idol’s freshly released music video. Historians of film criticism will one day look back at Edgar Wright – How to Do Visual Comedy as a turning point in the most fertile movement in criticism of the past few decades.

Kevin B. Lee had been around long before Tony, single-handedly developing an aesthetic hitherto absent from the internet. The New York Times dubbed the Chicago-based critic “king of the video essay.” If Kevin is king, in Tony we found the Fresh Prince of Video essay. He’s in a band, talks faster, edits to beats, and focuses on looks (film technique) without neglecting the underlying aspects of what makes cinema a unique medium. Today, for good or/and bad, you can see his influence all over the internet, with film fans using film clips as background while foregoing the direct address to the camera. You can hear it too, in the chillhop music that ties the edit together, in the opening lines: “Hi, my name is eager video essayist X and this is film channel Y,” or the line just before the credits: “next time you watch a movie, notice how the director Z used a camera to capture images.”

If Lee is the king and Zhou is the prince, climbing down the branches of the essay family tree we arrive at Michel de Montaigne, who wrote, in his Essais, plenty of words in French. You’d be mistaken in thinking that the essay lived only of French words. They came in English substantives such as Bacon, or even full-fledged sentences in Hungarian, of all languages. The longest word in the civilized world must have been used in an essay, some place and some time. But somewhere along the way came the camera. While tree composts were – and are – still used to record the musings of essayists, a few visionaries understood that one could replace cellulose with celluloid and an essay still make.

After Montaigne and before Lee, we had Marker. His films are broadly described as documentaries, but one has only to look at their structure or pension for the literary to find the essay in them. “I am writing to you from a far country” are the epistolary words performed aloud at the outset of “Letter from Siberia” (1957). His debut feature film starts off as a documentary but quickly morphs into a travelogue. It goes through an ethnographic inquest of the Siberian folk, investigates dead mammoths through animated cartoons to later wax philosophic about Marxist theories. These incursions in different genres are girdled by an inquiring look towards images, what they mean and how they mean it.

Unlike Zhou, Marker is far more reluctant to admit any connections to his name, chosen or given–he replaced Christian François Bouche-Villeneuve with Chris Marker. He was not only conscious of image, but of his image. From the thousands of photographs to his name (billions, if you count the ones he ran at 24 frames per second) only a handful of stills capture his face, partially hidden behind a camera. To his illusory semblance he put a voice that was fluid and chameleonic. It comes in French, English, or Japanese dialects, spoken fast and slow, high pitch and low, by men and women alike. They’re spoken by different narrators, signed under different names, none of which is Chris Marker.

One can attribute his coyness to any number of personal choices. The timidity in his work, however, stems from a mistrust in image. Marker tells of a memory that defined him. As a child, he saw a news clipping of French president Poincaré visiting the cemetery of Verdun “under a blazing sun, and the extreme light made appear on his face, for one-tenth of a second, a rictus that could be mistaken for a grin. A photograph caught that moment, and for the rest of his career he was berated by the Rightest opponents as “the man who laughs in cemeteries.” It may be that this childhood’s memory did help me to generate a defiant curiosity toward images.”

You can find that curiosity in the modern day video essay. The questions are incessant: What does Spielberg do that captures our hearts? Why does Wes Anderson compose symmetrical shots? How does Hitchcock block a scene? When does Scorsese use a zoom-in?

Cinema has left our theatres and TV monitors to find homes in the screens of backlit phones, in the form of YouTube videos and the shape of GIF’s. In these interesting times we live, this inquisitive look pointed at the moving image lacks some of Marker’s defiance, at a time when we need it the most. As I write this, I’m plagued by doubts regarding the choice of the perfect GIF, the moving image that’d sum up the theme of the essay, the graphics interchange format that could capture the essence of Marker’s identity and get at the core of the video essay. Somewhere, a cat GIF purrs excitedly, for it is about to fulfill its destiny.

“Hi!… my name is Chris and this is a Grin without a Cat!”

Letter from Marker from MUBI on Vimeo. 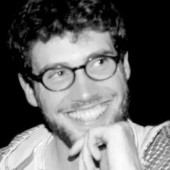 Nicholas Sparks & the Tale of the Recycled Romantic Melodramas