A few weeks ago, we posed a question to the Audiences Everywhere staff: What movie best represents your understanding of America and your experience as an American? The current moment is a complicated moment to live in America, and a bit of introspection and cultural self-evaluation seems in order for everyone. So, starting on July 4th and continuing through the entire month, we will be running essay responses to this inquiry in an attempt to understand who we are as a nation. If you’re interested in participating, send your essay or pitch to submissions@audienceseverywhere.net. Next in the series, a look at Boogie Night, makeshift families, and absurd dreams.

Movies traffic in extreme visions of the American dream, and along with that comes a lot of criminals and a lot of murder. The wealth a group or individual accumulates in so many important American movies never translates into a sense of real security. As a whole, movies of this sort make material wealth seem like the most important goal, and also one that comes at an impossibly high (and entertaining) cost.

On the surface, even the dreams of the two protagonists are similar. Dirk Diggler, as made clear by the beginning of Boogie Nights, can only see himself becoming, as he describes it to the girl he just slept with, a “big bright shining star.” The subdued life of his parents is unappealing him, and his walls are lined with posters of famous people, movies, and cars, including a red Corvette framed by the words “American Dream” in bright blue letters set against our country’s flag.

Henry Hill’s dreams in Goodfellas are similarly driven by a desire for glamor. In his opening monologue he gushes over the way gangsters in his neighborhood would be able to double park in front of a fire hydrant and hold card games without the cops calling. In a voiceover later in the movie, he derides his post-gangster lifestyle as that of an “average nobody.” Both characters’ dreams are driven by contempt for normalcy as much as anything else.

There’s an essential and simple difference between these two dreams, however, that tells why the movies are significantly distinct: Dirk’s dream is a lot more innocent. Unlike a gangster, Dirk isn’t using his gifts to beat the system and lord power over those around him. He just uses the “one special thing” he’s been given: an enormous cock.

The format of Goodfellas overlays Boogie Nights’ because the characters do live out highs and lows. Boogie Nights‘ characters’ ascent in the first half of the movie often plays like a success montage, while their descent is as dark and violent as anything found in Goodfellas. The difference is that we know here that the lows aren’t going to be fixed by financial security. Something pure dies in the first half of Boogie Nights; there’s never really anything pure about Goodfellas. And that purity, applied to something that seems like it should be a simple commercial exchange (a few dollars for an orgasm), is what makes us blush, giggle, and be inspired by Dirk and co.

For this reason, Boogie Nights, while still presenting a totally outlandish world, reaches further into my life than any crime movie. As someone who was part of a dedicated and weird group of Division III distance runners, I relate deeply to the way Boogie Nights accounts for the absurdity of a dream.

Here’s the thing about what we were doing with our athletic endeavor: it was pointless outside of the value we attributed to it. We weren’t talented enough to be getting scholarships, and there weren’t really people in the outside world who were interested. We were, as a team, well above average, but not all of us contributed in a tangible way. The act of making competing meaningful took more than endlessly training, though it required a lot of that too.

It also took fostering a community of weirdos. Sometimes that meant throwing elaborately planned and embarrassingly acted out parties. Other times that meant giving each other space and support to be something other than college runner, whether that be a writer, a DJ, a coffee expert, a future doctor, or something else to which one can attribute varying degrees of realism. Something about aspiring to succeed with running made having other dreams more comfortable. It was a shared effort around which we built our surrogate family.

Making dreams come true is always about reconciling something internal with an external reality. In Boogie Nights, it’s both the internal force of personal demons and external force of market pressure that leads to the collapse of the surrogate family’s worlds. The financial backer more willing to support Jack’s artistic aspirations turns out to have a collection of child pornography. The new person supporting their films understands that financially, videotape is the future. So Jack’s confronted with the reality that other people see pornography more as a means to ejaculate than a way to experience beauty.

Another thing about dreams is that they are inherently fragile. Asking college freshman to spend hours a day training to do something as superficially boring as running can be a tough ask. Selling them on the idea that you could have plenty of fun while doing it was tough too. When things weren’t going that well with running, a faction of the team would always blame it on some of the team partying too much, having too much fun. When we were doing well and not having any parties, another faction would wonder why we couldn’t celebrate some. If you didn’t care about competing there was no point in being part of a team, and if you didn’t have any fun then, well, what was the point of having a team to compete with?

Even a dream like Henry Hill’s, which has nothing to do with beauty, is by nature always on the brink of falling apart. Part of the appeal of pursuing a dream is just making the world seem more like a projection of your own internal reality, a place over which you have complete control. The more you successfully push boundaries and follow your impulses, the more the world itself becomes evidence that you’re an important person. If you’re an idealistic person, that world might not be so bad even if it would seem absurd to others. If you’re like Henry Hill and only dream of financial success though, the world can look ugly and stark.

Returning home to his surrogate family and apologizing, however, does qualify as an escape.

We get a montage of everyone back together and enjoying a more middling picture of success, with all of it set to “God Only Knows.” After those good feelings, we get Dirk pulling his dick out in front of a mirror and telling himself he’s a “star, a big bright shining star.”

When you’ve been out of your commitment to being a part of an idealistic group for a while, you start to miss having something to be held accountable to. You always had someone to apologize to after you messed up. Maybe part of the messing up in the first place is questioning what you care about, but once you’ve apologized you have a group of people ready to both forgive you and show you the way forward.  There’s an ideal to pursue, whether it’s the perfect one for you or not.

This is why the endings of Boogie Nights and Goodfellas are perfect opposites: the presence of a family built around an ideal. Dirk comes back apologizing for his mistakes, while Henry sells out everyone he’s friends with for the sake of his own security. Both characters end on a kind of middle—not achieving their dreams, but not dying or anything like that either, and so both movies prioritize how their characters feel about themselves. Dirk feels like a star; Henry feels like an “average nobody.” Henry fails by his own measure, Dirk succeeds by both his own and his friends’ measure.

Whether you, the viewer, consider someone like Dirk Diggler successful or legitimate or anything else doesn’t really matter. PTA understands he’s created a character and world that’s easy to laugh off but endearing to embrace. Again, that’s what a lot of our dreams feel like. Sometimes it seems impossible to embrace any ideal without a group there with you doing the same. The outside world is harsh to Dirk and company. Think about Buck trying to get a loan to open his audio store. His very association with the world of pornography disqualifies him from mainstream legitimacy. The characters’ individual dreams only live when buoyed by their collective dream.

Another ambition of Boogie Nights that I haven’t brought up yet is its reach for cultural context. PTA aligns his characters’ fall with a broader cultural decline in the 1980s, with a shift to pure capitalism. Relating to the film through my experience running college cross country sheds no light on the movie’s political implications, and why would it? Not only is college itself a bubble, distance running is basically a spectator-less event—the type of sport that prioritizes internal challenges.

Watching more extreme characters is part of what makes watching Boogie Nights, and film as a medium, so entertaining. Even with the current super-hero-movie-of-the-week release schedule, Hollywood has extreme situations covered. They are just rarely extreme in a way that makes audiences uncomfortable. Young directors certainly aren’t being bankrolled to make epics about dreaming on the American fringe.

Right now it seems silly to think a movie like Boogie Nights could get made, and sillier than ever to see how idealistic its characters are. Silliest might be writing about America and dreams in the age of Trump. But running with the people I did gave me a take away from Boogie Nights that doesn’t have to seem so ridiculous, even though I’ll always smirk at the final shot of Dirk: dreaming with other people gets you closer to believing in yourself. 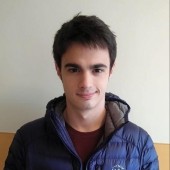 Brad Baronner is a recent graduate from Allegheny College. He hasn't spent a lot of time outside of rural Pennsylvania, but wanders all over the place in his writing.

Why The World Needs A Miles Morales Spider-Man Movie

Weekly Clickables: The Best 100 Films of the 21st Century & More