House Rules: Netflix, House of Cards, and the Quirks of Remaking in a New Era

Political drama has long been a favorite of any audience in any context. Who could resist the inherent tension and thrill of the various decisions, deceptions, and twists from the upper echelons of power? There are optimistic, uplifting properties, like The West Wing, but in times of cynicism, there’s a funny tendency to search for a confirmation; that politics is not only as bad as we think, but it could be even worse. Perhaps we love to wallow in our own miseries, or maybe we like accessing the deeper potential.

Regardless, it’s unsurprising that the American remake of House of Cards has been such an endearing property. Despite its occasionally overbearing nature, it’s a fundamentally good show, and representative of the kinds of complicated stories that premium cable (or streaming, in this case) can tell when removed from the barriers of advertiser pressure or traditional programming rules. But the popularity of this show is also indicative of another thing: the process of remaking culture at a different time, for a different general audience.

Search “House of Cards” on Netflix, and you find both their flagship series and the British serial on which it is based. Closer examination of the differences between the two–from the details of distribution and consumption, to the very nature of how its scheming main character operates–offers some interesting observations on how media changes, even when the properties remain the same.

The original House of Cards, based off Michael Dobbs’ novel of the same name, premiered in November 1990 at a serendipitously opportune time. The first episode aired on the BBC less than 48 hours before the ruling Conservative Party dethroned Margaret Thatcher as its leader–and the nation’s prime minister–dramatically installing a replacement after several years of growing internal discontent. In the confines of the show, Thatcher has been replaced, although under somewhat less acrimonious terms. In the series, developed by Andrew Davies, we follow Francis Urquhart (Ian Richardson), an aristocratic, staunchly traditionalist, hardline conservative member of parliament. He is the epitome of what’s considered a stereotypical political veteran of his ilk: influential, amoral, and knowingly, yet unabashedly, disinterested with social progress.

The American remake of House of Cards, developed by Beau Willimon, premiered in February 2013. The first season was uploaded to Netflix less than two weeks after Barack Obama’s second inauguration. A longstanding polarization of American politics was well in progress, and so it was unsurprising that a series would attempt to capitalize of the cynicism and intrigue that colored public perception of Washington. Willimon’s take on the series follows Francis J. Underwood (Kevin Spacey), in many ways an inversion of his namesake: Whereas Urquhart was noted for his learned, wealthy background, Underwood is depicted as a self-made man who rose from poverty and adversity in rural South Carolina. Whereas Urquhart’s proclaimed beliefs are hard right, Underwood is a centrist, appealing to the remaining bases of moderate, southern Democrats.

Of course, both men, in their fourth-wall breaking asides, quickly proclaim their disdain for idealism, in favor of pragmatic moves which increase their power. Both ascend to the highest offices available to them – Prime Minister of the United Kingdom and President of the United States – after toppling their superiors in operatic, underhanded backstabbings. But the American series is quick to set itself apart from a direct remake of its inspiration, and must be acknowledged for its ability to find the throughlines in which the two nations and time periods have in common, yet finding a spin on the story that caters to its American mentality.

It’s more than the accent, of course. It’s the entire character, bleeding into the creative styles of the two shows. Underwood’s turn-of-phrase heavy, direct, grinning persona is an archetype in its own way, serving as a direct thesis on the Americanization of the property. This proves to be a sharp contrast from Urquhart, written as outwardly learned and methodically concrete. His charm comes from his collected sophistication, whereas Underwood’s appeal to his constituents is from his natural presence. One can see the inverse effect on how the two shows approach the material–the Davies show drawing dry, dark humor in its dialogue, cutting, and characterization; the Willimon show being sleek and serious, the self-evident visual nature of the show set by executive producer David Fincher, who helmed the first two episodes.

In this way, the American reboot occupies a utilitarian, machine-like rhythm. Each episode pummels forward, advancing its plots and subplots at a regular, speedy pace. It’s a case study for a political drama in the era of “Peak TV,” using cinematic gestures and a related aesthetic for very episodic and traditional formats. Many of these shows have originated from the United States, but a closer look invites the notion that while two House of Cards takes are very much a product of their respective times and nations, the trends which keep their legacies alive are much more intersected. The BBC show, representing a limited serial in an era where American television was still fixated on twenty-four episode seasons with as little of an arc as possible, seems like more of a hard sell to what audiences across the pond would have been willing to accept.

Netflix instead is capturing a moment, built on the premise of being internationally accessible, but showing off the cultural outputs of the American showrunners that dominate premium cable and streaming. All over the world, on that set day, at midnight Pacific Time, you can watch the entire season of whatever is being released. Forums and message boards discussing the show feature binge-watchers from the world over, and the communal nature of “appointment television” is discarded in favor of the communal nature of streaming extravaganza. House of Cards was the first show which Netflix was able to brand as a property fully their own; pitched, developed, and shot with streaming as the end game. It’s hard to believe that happened only four short years ago. 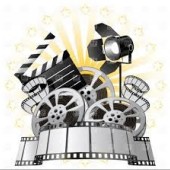 Ken Bakely is a student based in the greater Philadelphia area. He maintains his own movie review blog at filmreviews12.com. You can also find his writing at Film Pulse, and he previously wrote for the now-defunct online magazine On This Day in Film. He also uses em dashes and hyphens in his texts, because he just has to be one of those people.

A Series of Unfortunate Events is a Very Funny Drama