In the Not-Too-Distant Future: MST3K Gets Its Reboot.

Good news. Mystery Science Theater 3000 is being rebooted, this time as Mystery Science Theater 3000: The Return, and will premiere this Friday on Netflix. Good news? Exceptionally good news. The original version of the series is very nearly 30 years old, which is well past the age at which media properties are forgotten (whoa, The Law and Harry McGraw?), but MST3K, as its fans denoted it, has had the benefit of being one of the first shows to have the sort of fans who would even bother to denote a television series, which made it not just of its time but also ahead of its time, in ways both prescient and ominous.

MST3K, as you may know, was this old show in which a dude and some puppets riffed over old(er) movies, which, like, anyone could have done. It was meta, which was not so much a thing at the time—or at least a thing popular in the mainstream; MAD Magazine had been plying that trade for more than 35 years, but MAD was bubblegum and newsstand juvenilia. MST3K meanwhile, was an underground darling of still-nascent Cable TV. Is this the past that we should be relaunching?

The show’s plot was simple: There was this janitor dude named Joel who incurred the displeasure of his employers—mad scientists—such that these employers threw a satellite with him on it into orbit, whereupon they tortured him by making him watch less-than-good movies. All of this was somehow ameliorated by the fact that Joel constructed wiseacre robots to watch the movies with him and sort of chit-chat as the movie is being screened.

The frame was basically a B-movie plot for a show based around making light of B-movies. Meta. But the show was also good, which helped.

MST3K was not the product of traditional television development, as we knew it then or as we know it now. It was not a package set up with a roster of talent attached—it was homegrown, with nearly a full season broadcast on KTMA (UHF-23!) in the Twin Cities. Joel Hodgson was an erstwhile up-and-coming comic who’d grown fed up with Hollywood and came home to Minnesota at the right time, when KTMA needed a two-hour slot filled. The show debuted on Thanksgiving of 1988, with the contributions of station employees and local comics, all of whom deserve to be named yet none of whom deserve accidental omission, and from that lo-fi KTMA season a highlights tape was edited and sent around. And placed! With a weird comedy network.

Now here’s a longer story, about how TV used to work: In the mid-80s, when much of TV was terrestrial and even cable had only a couple ten or fifteen channels, there were no dedicated outlets for comedy. However, HBO, which had been making bucks off comedy specials throughout its existence, starting with the Robert Klein and George Carlin specials and zooming right through the umpteen Comic Reliefs (Comics Relief?), decided to throw in on an actual 24-hour channel devoted to comedy. The Comedy Network, as it was called then, was launched in November of 1989, and initially featured a roster of VJs that would introduce comedy clips à la then-juggernaut MTV. The format didn’t last, because it was a bad format. (If you are curious or, God forbid, nostalgic about this, an oral history can be found here.) But, before it merged with MTV’s stab at a comedy channel (called HA!) (ha!) to form the Comedy Central that remains to this day, among the gems lost to history (miss u Night After Night with Allan Havey) and the careers launched (pretty much everyone, including Jon Stewart), was MST3K, picked up off the highlight tape from KTMA, which quickly became a standard-bearer for the young (but multi-million dollar) concern. It even produced and ran thirty-hour marathons for successive Thanksgiving Days, which anticipated the next 20 years of broadcasting history, again, in scary ways. And after that the show ran for roughly ten years, hopping cable channels and spawning a feature motion picture and the inevitable creative differences and personnel changes that even a CSI spin-off is vulnerable to.

A footnote in TV history, an answer to a question on a Bell House NPR radio quiz show, at best.

But it made a difference. Discretely.

First, it was hilarious and beloved, and powered in part by in-jokes. These were decidedly not the currency of comedy at the time, the powers-that-be reasoning that for mass appeal, jokes should be out-, and not in-. Instead of LCD gags, the riffage under the movies that played on MST were snippets of absurdism that are repeated within the confines of an affinity group that only have meaning in the context of the affinity group. Sure, some were standalone jokes, but the endearing part of it were the bits that built on themselves and paid off as they repeated. Before this show, that happened only in the wild, among friends. With this show, it was commodified. Or comedy-ified. Or just put on the small screen in the interest of making funny.

By way of poor and oblique example, a thing that my friends in college might say to each other was, “Way woo, schmegge, look at my boots!” This is of course meaningless, except to those of us who were in on it, so to speak (and hoo boy, long story). And, to us, meaningless except hilarious. But on MST3K, it was more like: Meaningless except hilarious except yet another layer of meta, on top of the making fun of old motion pictures, etc. Maybe not the first to do so, but it sure seems like it, looking back. Of course, comedy changes in as much as comedy evolves to chase where the funny is—MST3K presaged a comedy that took the idiosyncrasies of interpersonal communication and, well, just copied them down, ha ha. Ominous? Ask yourself which Show-About-Nothing Steve Bannon made his piles of cash on. Ominous like a scary clown in a sewer.

But still hilarious, come on! Also, in a less bone-chilling historical interest, MST3K was a bridge between how TV was watched then and how TV is watched now. Time was, when a phone was a thing you made phone calls on and the recording/playback of audiovisual content was through clunky videocassettes which needed to be physically rewound, TV was watched as it was broadcast. Not only was that how TV had been watched since its advent, it was also just more convenient. And TV was also social, weirdly, and friends and family would gather to watch that week’s episode of SNL, Twin Peaks, The Simpsons, etc. TV was a destination.

Enter MST3K, with its public access aesthetic and stoner appeal. However, the show was carried on Comedy Central, which had not a lot of content (and no local affiliates) and 24 hours of programming to fill each day, so the two-hour episodes were rebroadcast seemingly perpetually. Also, the producers had, from day one, been very proactive about starting their own fan club and urging viewers to “Keep Circulating The Tapes!” at the end of each episode. A microculture of fans grew, around not just watching the show when it aired, but having friends over and slapping a tape in to watch.

It wasn’t exactly the Show That Changed How We Watch TV but it did kind of change the way we watched TV, and it wasn’t long after that the DVD box set became the binge currency of the day, to be followed by Netflix deciding to get out of the video rental business and upend the entire TV paradigm. And somewhere in there Steve Bannon was writing spec scripts. Brrr.

So this relaunch is good news. The worst-case scenario is for the Dads of the world whose Dad Jokes were ripped off from MST3K who will finally see what this “binge watching” is all about. Imagine what it would be to find out that MST3K:TR is also of its time, as the earlier iteration was, and not just another choking tendril of reboot nostalgia.

The best-case scenario is that it is awesome, and provides someone 30 years from now something to say about it.

There is and will be much, much coverage of this relaunch (there are stars in it, who are self-proclaimed geeks and of whom you’ve heard), so much so that one could be forgiven for believing that MST3K was huuuuge back in the day, a ratings blockbuster that brought families together as they came together in the TV room for each week’s new episode. That was never the case. However, the show was very popular with the nerds of the time, who are now the old nerds, the nerds who split running the earth with the new nerds, who were kind of born into it.

So if there’s one final piece of good news to leave you with before the coming premiere, something with which to walk away, it is this: 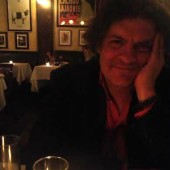 Writer, living in Brooklyn. Bylines at The Awl, The Toast, Saveur, et al.

The Doorway Closes: Thoughts on the Final Episode of Mad Men

American Gods: The Road Your Senses Show You

The Shawshank Redemption and the Fear of Hope