Synopsis: In a barren 1970s California desert town, a woman forms a complicated relationship with her mysterious co-worker at an elderly rehabilitation center.

Overview: Among the deluge of outrageous and depressing headlines that came out of November 2016, Shelley Duvall’s appearance on Dr. Phil stood out. Duvall’s obvious mental illness became fodder for the kind of tabloid opportunism that turns human lives and stories into an “eyes at any cost” media strategy. There was of course a collective response of disapproval, but our attentions have been diverted to the newer, more demanding crises of 2017.

But Duvall is so much more than a daytime sideshow. In the peak years of the Hollywood New Wave, Shelley Duvall was one of the most in-demand actresses around. Her body of work is so much more than just her primal horror in The Shining or her pitch-perfect Olive Oyl in Robert Altman’s Popeye. Duvall is the dictionary picture of ‘doe eyed’, emoting wide swaths of internal feeling with an errant quiver of the brow or widened iris. Powered by her sharp and empathetic intellect, her characters are imbued with wells of spirit, so often tested by mental and spiritual poison.

In Robert Altman’s 3 Women, we see a performance out of Duvall that demonstrates her remarkable ability. As nurse Millie Lammoreaux, Duvall dominates the screen. Millie’s story is one of rejection: her entire life, she has rarely been the subject of anyone’s attention. She has no family to speak of, her parents long gone. She has learned to survive by wielding weaponized confidence. In public situations, she carries largely solitary conversations, fishing for the merest rudimentary response before buffering the tension with tangents and niceties. She is constantly bragging about her cooking and nights out on the town, projecting a collected, desirable persona she struggles to occupy.

In enters Sissy Spacek’s Pinky Rose. Spacek’s freckled Southern fae imbues Pinky with ambiguous youth, a pigtailed tomboy who can fire a gun but blows bubbles in her beer. Pinky begins work at the same elderly care facility as Millie, and is instantly drawn to her. In Millie, Pinky sees a role model, fashionable, friendly and mature, the kind of person that Pinky could never be in the Texas of her youth.

With these two characters, the film begins an exploration into identity, particularly female identity. Millie and Pinky, both Texan women with the birth name Mildred, are aware of their role in the archetype of ‘woman’ in larger society, but resistant. Millie lives a sexually liberated life, but derives no lasting joy from it. The men around her ignore, avoid, or exploit her, but she persists with barriers of self-delusion. Pinky, too, has walls, though what she hides are darker and deeper lies, a void of the self, a hunger. She fears the twins who work with her who dress and walk in tandem.

The film’s brilliant turning point is a transmutation, a surrealist dreamscape of flowing water and savage, mythic art. It changes the tenor of the film from character study to psychological horror, evolving slowly. The fear here is in the loss of reality, in which a barrage of truths untether our trust in who we are and what we understand. Duvall and Spacek here emanate against each other, pushing each other to look deeper, dig deeper into who these characters are. Altman was famous as an actor’s director, and it shows in spades here. This film is defined by the women in it, in their understanding of womanhood, of modern anxiety. It is a gripping and beautiful film, and of a kind that demonstrated the best of the Hollywood New Wave. In that freedom and that edge, something unique was made that persists longer than what simply caught the eye. It wades into the water of our dreams and dissolves, leaving pure images and feeling, affecting us forever. 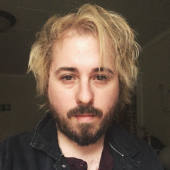