The Shawshank Redemption and the Fear of Hope

While everyone is extolling praise for Stephen King’s nightmare-inducing skills, thanks to a certain killer-clown who is currently killing the box office (It), I couldn’t help but take a different direction for this month’s focus on the esteemed writer, with an analysis of The Shawshank Redemption. This is partly because I live for people-driven story lines with multi-dimensional characters.  The other part, admittedly, is because I feel a sense of relief when artists as great as King have human moments where they freak out like the rest of us for fear of being described as only one thing (e.g., Stephen King: The Giver of Nightmares).  The Shawshank Redemption is based on one of King’s short stories, “Rita Hayworth and Shawshank Redemption,” which purposefully deviates drastically from his typical horror fare.  The result is both a short story and a film that are highly acclaimed, beautifully constructed, and unforgettable.  The only real problem, I discovered, is figuring out how to talk about it.

Describing writer/director Frank Darabont’s The Shawshank Redemption, the #1 Greatest Film according to IMDb users, to someone who hasn’t seen it results in an interesting discussion.  To paraphrase a recent conversation with a friend, who is one such person:

“Shawshank has these core themes of humanity, and strength and determination…”

“No. There’s a lot about justice and freedom.  It’s really about hope”

“To Kill a Mockingbird?”

And so on and so forth.  The truth be told, the themes of The Shawshank Redemption are so fundamental that the film is practically considered a working definition of “Inspirational Dramas.”  Initially a box office flop, the Oscar-nominated movie now so iconic that you can refer to it just by the one word that Morgan Freeman believes drove the film’s business into the ground in the first place:  Shawshank.  This places the movie in an interesting position when it comes to writing a critical analysis of it, as not only has the film become immensely popular and indisputably acclaimed, but also very distinct and removed from other King film adaptations.

A Bromance for the Ages

So how does Shawshank capture the fundamental human values of strength, determination, resiliency, endurance, justice, freedom, and hope in a way that makes it so distinct from other films of its genre? Like many great films, it begins with the characters—namely two friends, Andy (Tim Robbins) and Red (Morgan Freeman).  Andy is about as much of a slice of white bread as he possibly can be; a morally straightforward gentleman, privileged, intelligent, measured, and—importantly—innocent.  Red is street-smart, calculated, jaded, and, more importantly, guilty.  Why each character’s status of guilt is of note is because of the setting: Shawshank is a prison, after all, one so rich in corruption that not even opportunities for parole are taken seriously by inmates.  More critical, perhaps, is that Andy and Red are convicted of the same crime (homicide), but only Red is granted parole meetings every 10 years.  Andy, on the other hand, has to die twice over to fulfill his sentence at Shawshank.  Perhaps for this reason, Andy’s story is solely told through first-person narration by Red.

While the abuse that occurs in the prison is emphasized as a major plot device, the setting holds a more powerful influence over the character development of Andy and Red.  Red—the true focus of the film and individual on the path to redemption—is one of two characters in the entire film to actually admit to being guilty thanks to a shared jest between inmates that “everyone in Shawshank is innocent.”  Red only admits this to Andy in a quiet conversation after it becomes clear to him that Andy really is innocent.  This clarifies the purpose of the film immediately, as Andy officially becomes defined first and foremost by his innocence and secondly by his seemingly childish hope that he can still one day be free again.  Red consequently becomes defined first and foremost by his lack of hope that, even if justice did occur in Shawshank, it would never be afforded to a man guilty of a crime that he can’t even forgive himself for.

It is upon this dynamic that the film builds its foundation, almost as if Darabont decided to make a cinematic version of Newton’s Third Law of Physics: For every action, there is an equal and opposite reaction.  The more that Andy insists that inmates should still have hope, the more that Red appears to insist that hope has no place in Shawshank.  The more that Andy is punished unfairly by other inmates and prison guards and is driven away from others, the more Red appears to care for the well being of his friend (if not for himself).  The more that Andy appears to lose hope and fall into utter despair, the more Red encourages Andy to not give up.  With Andy’s fate apparently sealed from the start of the film, what emerges as the growing climax is whether Red will adopt any of that hope for himself and, subsequently, grant himself redemption for his crime.

The Basics of Humanity in a Three-Act Structure

These character interactions are beautiful and riveting, but I believe the reason Shawshank rose to its profound degree of success (other than its strong masculine appeal) is not just because of Andy and Red and the inspirational themes of the film, but rather of the order in which these themes are introduced and utilized across it (i.e., strength, determination, resiliency, endurance, justice, freedom, hope).  If you were to break Shawshank down to a traditional three-act structure, the first act is primarily characterized by Andy finding the strength and determination to survive prison culture, multiple assaults from fellow inmates, and abuse from prison guards.  It is in this act that Red actually bets against Andy’s ability to find this strength, a loss he bemoans at first.  The second act shifts the focus from strength and determination to Andy’s resiliency and endurance of the corruption of the prison system while finding ways to remain human; he often accomplishes this by seeking fulfillment through actions that he feels cannot be taken from him (ex. listening to a symphony, categorizing and alphabetizing a prison library).  At this point in the film, we realize that Red clearly admires Andy for this, but that he struggles to envision a life defined by his own humanity rather than his Shawshank prison identity.  The final act follows Oscar-baiting tradition by presenting final challenges to both Andy and Red: Either confront the emotional and ethical challenges that Shawshank demands from them, or live out the rest of their incarcerated lives quietly, the latter of which acting by far the less frightening option of the two.  With this final challenge also emerges two fundamental humanistic questions that I realize are what made Shawshank so difficult for me to put into words.

Andy’s final challenge is pretty straightforward: Will he receive justice for his incarceration, and if so, at what cost?  Another way to ask this question may be, “How do you gauge a man’s will to live as a free man?”  The answer to this question is explicitly given in the film which I won’t reveal for the sake of those like my friend who haven’t seen the film.  Red’s final challenge is much more complicated, however, as he has more hurdles to overcome than prison walls and systematic corruption: Will Andy’s example as a man who strives to maintain hope and humanity throughout the film inspire Red to pardon his own sins and become hopeful of a better life?  Another way to ask this question may be, “If you can have hope without freedom, can you have freedom without hope?”  The answer to this question is also offered in the film, but it is done in a manner that ends up cheating the philosophy of the film itself.  In case you can’t tell, I’m about to drop my one criticism of The Shawshank Redemption that does involve spoilers (so for the sake of those like my friend, please skip the next two paragraphs).  Also, please don’t throw sharp objects at me for not saying the film is perfect.

The final shot of Shawshank, in which Andy and Red are reunited on a sandy beach at sunset per Andy’s master plan of escape, leads the film in a different direction than the short story in a critical way.  The scene itself is beautiful, with both men beaming at each other in one of the greatest bromance scenes in cinema.  And you just know they’re going to play some chess.  However, as I mentioned before, Shawshank is about Red’s journey and Andy is intended to be an agent of change for Red.  As central to the story as Andy is, we don’t need to watch his happy ending as the credits roll.  Andy is to Red as Samwise is to Frodo; he’s a great, important character who you root for, but this ultimately isn’t his story.  After researching the film a bit, I discovered that this sunset scene was added by a movie producer to give the audience what they believed would fill us with a feeling of satisfaction.  It worked, which is probably why this movie is also filed under the “Feel Good Movies” genre.  However, Shawshank in both practice and principle was never about satisfaction; even the term feels antithetical to the values of strength, determination, resiliency, endurance, justice, freedom, and hope.  Hope, in particular, was established as the film’s end-goal, and hope is not necessarily characterized by “feel good” satisfaction.

No Recourse but to Hope

Red has a good point in Act Two—to have hope despite adversity, high stakes, and dire consequences does not feel satisfying or gratifying.  Hope, beyond that of mere expectation or anticipation of the future, but rather belief that such a future may include something good in light of a lack of evidence is often accompanied by feelings of terror or foolishness.  Even Aristotle tends to speak of this latter conceptualization of hope in context of courage and tends to frame the concept as an action that comes from a person versus an experience a person has (i.e., to be hopeful rather than to possess hope).  In the light of Shawshank, this underscores hope as an emotional experience that is both a risk and a choice.  Red makes the risks clear—the consequences of being hopeful for a good future outcome in Shawshank can be deadly.  However, King’s ultimate argument wins through his story’s inspirational conclusion—hope is a necessary choice to live a fulfilled life.  Overall, Shawshank is one of the most resonant and complete King-adaptations that is filled with towering themes, fundamental human values, and core emotions so complex that it feels almost impossible to fully articulate to a non-viewer.  I recommend approaching it with optimism. 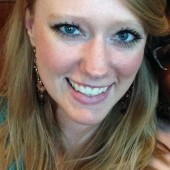 Christina Elizabeth is a doctoral candidate in Psychology who specializes in research on multiculturalism and how to make sense of people. Unfortunately she is also unhealthily obsessed with film and spends way too much time thinking about it, which she incessantly rambles on about on her site, www.psychologyoffilm.com and Twitter: @PsychOfFilm.

Roman Polanski’s Apartment Trilogy & The Claustrophobic Architecture Of Self

Even more Star Wars Spin Offs We Want to See

Your CineSecrets for Honesty Day 2016!