This review may contain spoilers.

Ghibli Factor: The Red Turtle is the first non-Japanese film from Studio Ghibli, about a man who becomes stranded on a deserted island, eventually meeting – you guessed it – a red turtle. However, it’s much more than that. Without using dialogue, the film uses expression and symbolism to (literally) paint a beautiful portrait about love, connection and perseverance as it relates to the cyclical nature of life and death.

Dudok de Wit is intent to linger on how the island is full of both life and death. A baby turtle doesn’t make it to the water. A dead fish washes ashore for crabs to eat. Even the film’s highlighted red turtle experiences a tragic fate. However, amidst the death there is life that comes from that loss.

Our main protagonist – simply known as “The Father” – is a significant part of this cycle. You see, the red turtle’s fate comes at the hand of The Father. In a moment of anger, their paths became intertwined forever. Regret, pain, loss; they hit The Father like a brick. But again life sprouts from tragedy, as The Father is surprised by a woman that appears before him. In a moment of desperation, hope was breathed back into The Father, something he was losing exponentially.

After some time of adjusting to this new life, The Father and The Mother grow closer and love became a coping mechanism. This results in the two having a son and together the three of them begin making a life on this island.

Now, let’s pause here for a second to reflect. The Father at the beginning of the film experiences devastation, and is shipwrecked, leaving him alone on this island. After several moments of defeat, one where death reigned, life was restored in the appearance of The Mother. Soon after, The Son is born, again offering a new dynamic to their dilemma in the middle of nowhere. The Father, at any point, could have given up. It would have been understandable. But his perseverance prevailed. Good things came from very arduous circumstances. Once The Father realizes this, he never turns back. As time passes, we see that his actions are rooted in the love he has for his boy, and The Mother who gave him hope. Dudok de Wit offers charming sequences that cement the bond this family has and how it’s all they have.

Death, Life, Death: It’s at this point, tragedy strikes again. A tsunami crashes the island and destroys almost everything in its path. While the event itself is inherently dramatic – we want to see this family survive – it’s the symbolic nature of the catastrophe that brings a heavy pathos to The Red Turtle. Throughout the entire film, we see how The Father’s life changed when it became about The Mother and The Son. His perseverance through difficulty led to something great. However, Dudok de Wit takes it a step further with this idea that tragedy can strike at any time. We see this at the beginning of the film with his shipwreck, and it’s reinforced once again with this tsunami. After the chaos settles down, we see The Father is once again alone, to cope with what had just happened to him. Only this time, his son is there to save him.

Perhaps watching The Red Turtle with my son next to me had an influence, but I was deeply moved the notions Dudok de Wit explores in how love and hope are born from tragedy and why it’s important for us to cling to that love, since catastrophe is possibly lurking around the corner, waiting to strike. The Father’s grasp of this wisdom leads to a rich life that crystallizes in heartbreaking but very satisfying fashion.

Animated Substance: Additionally, Dudok de Wit’s breathtaking animation immerses you deeply into this world with these endearing characters. Every line is meticulously crafted and the color palette is lush. You feel the desolation of this island, while at the same time you come to understand its beauty, which perfectly mirrors the dramatic and thematic urgency of the film. The symbolism of turtles is also quite unique here. In many traditions, turtles represent longevity and perseverance, as they can live up to 100+ years old. Dudok de Wit is aware of this and utilizes it to full effect.

If you’ve seen any of Studio Ghibli’s other works, such as Princess Mononoke, you’ll know that the studio is in tune with themes of environmentalism and how that impacts our lives. While The Red Turtle hints at those ideas, the film gets to something more intimate by the end. A healthy environment keeps the nature of life and death in its rightful place, but what makes The Red Turtle so profound is how we choose to persevere and love inside of that cycle.

Final Assessment "[The Red Turtle is] a masterpiece of animation cinema." 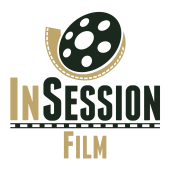 JD currently lives in Florida and is the co-founder of InSession Film. He loves film, blockbusters and indie films alike, and is moved to tears easily. If he's not watching Star Wars, he's probably busy dissecting Citizen Kane or crying to Midnight Special. Also, he's a film score junkie.

Stranger in a Strange Land: An Unfilmable Book?

The Confession Tapes Takes You Behind the Curtain

Where the Wild Things Are