The Skin I Live In & the Art of the Autobiography

Pedro Almodóvar’s catalog is an extremely unique, monolithic set of films. His body of work is often classified as personal, perhaps a result of his recognizable, inimitable style. His films ooze with a distinct synthesis of characteristics and attitude, often foregrounding women’s desires and dangers against lush set design and flamboyant melodrama.

What’s interesting about this classification of Almodóvar as a “personal filmmaker,” is that his films are almost never about him. There’s never an Almodóvar avatar; he doesn’t have a Guido Anselmi, an Alvy Singer or an Antoine Doinel. Maybe this is because he treads so thoroughly in melodrama, which grafts a pageantry onto characters, thus separating them from a realism that marks something like The 400 Blows, a famously autobiographical work.

Also, as stated, most of Almodóvar’s films center on women and the cultural issues specific to being a woman. Instead of his films being about him, they feel like stories about the people around him. He’s talking about his neighbors, friends, family and others in his community.

In an interview with BAFTA, Almodóvar’s advice to writers is telling: “[Writers] should pay a great attention to their mothers. A mother is an inexhaustible source of plots and stories. They should also pay close attention to their mother’s friends and the conversations that their mother has with her friends.” His films feel like a tapestry of an era — they’re more about navigating a post-Franco Spain than they are about the director’s individual experiences.

The Skin I Live In, Almodóvar’s 18th picture, is his first directly autobiographical work. While he retains his penchant for melodrama, impeccable set design and cinematography and a serpentine chronology, Almodóvar is confronting personal issues. Bad Education might seem to be his most personal film on paper — it’s about a gay boy growing up in the Catholic church, similar to Almodóvar himself (even though the director has claimed that the protagonist’s particulars don’t reflect his own) — but that film is so obsessed with its own narrative construction that any personal affect feels secondary. The Skin I Live In, however, artfully interrogates the work of an artist in a way that is hard to separate from the director’s own life.

The film follows Dr. Robert Ledgard (Antonio Banderas), an expert plastic surgeon, who’s obsessed with creating a synthetic skin for a woman he has imprisoned in his mansion. He spends his evenings using ethically compromised surgical practices to create an entirely new skin for a woman that has mysteriously been relegated to one room for years. The film is very clearly building on Georges Franju’s 1959 genre classic Eyes Without A Face. Within the opening minutes, we see Antonio Banderas speaking to an auditorium of colleagues about the logistics of facial transplants — a scene cribbed straight from Franju’s opening. Though The Skin I Live In is (loosely) adapted from existing literature, Almodóvar is very interested in the openness of Franju’s central conceit: what happens when your identity changes, or perhaps more directly, what happens when you have the power to alter someone else’s identity?

Through a series of flashbacks, we find out that Robert has tragically lost both his wife and his daughter. His daughter, specifically, was nearly raped by a young man, Vincente. Under the influence of drugs, she later comes to think that her father raped her and ends her own life. Eventually, the viewer realizes that Robert’s currently imprisoned patient, a beautiful woman, is a post-op Vincente. There’s one incredibly cruel, yet delightful shot of Vincente once he wakes up from surgery to realize Robert has given him a sex change: a set of dildos, ascending in size for stretching out his new vagina, are foregrounded over his face like prison bars.

Besides avenging the attempted rape of his daughter by taking away the physical tool that he used to assault her, why is Robert doing this? After multiple years of plastic surgery, Vincente becomes Vera, a physical recreation of Robert’s former wife. He’s using something that devastated his past as a channel to rediscover the love of his wife. And the impenetrability of the skin he fashions for Vera is an attempt to never lose her again.

The Skin I Live In’s first-person title sounds appropriately like a memoir. And on a highly conceptual level, it plays like an account of where Almodóvar is at this point in his life as an artist. In their book, A Companion to Pedro Almodóvar, Marvin D’Lugo and Kathleen M. Vernon bring up the point that celluloid, or film, is another word for skin, thus drawing a parallel between the surgeon’s work and Almodóvar’s profession. This is a reflective account for Almodóvar, about the obsession of crafting art. Early in the film, there is a memorable scene that contextualizes this parallel. The doctor watches Vera from a TV screen in his bedroom. To him, she is a piece of art that he must perfect in order to recapture a love that was taken from him.

The concept of using art to rediscover love is a recurring theme that runs throughout Almodóvar’s later work. In All About My Mother, a grieving mother remembers her lost son through the play A Streetcar Named Desire. Bad Education is about young lovers reconnecting as adults by way of one’s autobiographical manuscript. In Talk To Her, a man is able to imagine his comatosed lover is awake and well only through the beauty of a live musical performance. Broken Embraces closes when a film director who griefs his muse is able to connect with her at the appearance of the once-lost original reels of one of their old projects. This theme, which is the diegetic driving force of The Skin I Live In, works with the extended allegory of the surgeon as filmmaker, metatextually trying to rediscover love through his body of work.

In concurrence with rediscovering lost love, The Skin I Live In is specifically about ageing. Almodóvar, who was approaching 62 at the release of his 18th film, seemingly had the past on his mind. The casting of Antonio Banderas as the film’s protagonist is significant. Banderas, as a choice for Almodóvar, is a signpost that calls back to the director’s early work. He appeared in five of his films between the years 1982 and 1989. Those films were vibrant in color and attitude, brimming with the creative liberation that marked the novelty of post-Franco Spain. The Skin I live In, Almodóvar’s only horror film, knowingly contrasts and confronts that freedom. It’s a visually cold film that, in eradicating the primary colors of his early work, showcases an ageing man saddened by the past and obsessed over trying to reclaim it. Ultimately, the film tells us the past is ephemeral and you can’t reacquire what’s behind you … but perhaps there’s momentary hope through works of art. 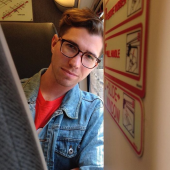 Why FX’s The Americans Should Win Every Emmy