Wonder Woman should already be everyone’s most anticipated movie. Sure, Justice League is going to be epic in scope, but the smaller scale period piece Wonder Woman is going to be a game changer. Because finally we have a female-lead, female-directed superhero film in a superhero franchise with ambitions of creating a universe. And even before this focused film, Wonder Woman was featured prominently in the marketing for Batman v Superman: Dawn of Justice. To be straight, Diana has never been sidelined. She’s been front and center for everything after Man of Steel.

Her appearance in Batman v Superman is widely considered the best part of the movie; even those who hated the film admit that she was a scene stealer. So, a year has passed since her Zack Snyder-delivered screen introduction, and Gadot’s Wonder Woman is hitting theaters in a little over a month. We’ve already gotten three trailers that showed us just enough without giving too much away, there’s multiple posters, merchandise is out on the shelves with more to come, and we’re even getting free Twitter giveaways with #WonderWednesdays.

Everyone should be excited, right?

Except there’s always a certain negativity that latches itself to every conversation about the films in the DCEU. While no movie is free of criticism, it’s undeniable that the running commentary awaiting an chasing the large scale movie universe being architected by Zack Snyder and Geoff Johns is always seeking signs of doom and trying to determine what is wrong. Since Man of Steel divided critics, no film in this universe has been permitted to make it to theaters without excessive complaints made desperately in the blind.

At first, it looked like Wonder Woman was going to change that pattern. A major justifiable complaint with the pre-release Batman v Superman campaign was that the trailers gave away too much. Wonder Woman didn’t do that. So far, we have seen just the right amount to still be interested, but we have suffered no major spoilers. Suicide Squad was plagued with rumors that the story was a mess because of studio interference, a narrative that followed it right to its release. The same whirlpool started to develop with Wonder Woman, but Patty Jenkins instantly shot down rumors of on-set problems and there was never a word about it again.

Yet, just weeks before its release and the pessimism is persisting. The latest DCEU problem is that Wonder Woman isn’t being promoted enough, and the claim is picking up in headlines everywhere. Even as merchandise is currently being sold at Hot Topic and DC Entertainment, even as there are toys at Target, even as every trip to a movie theater finds us greeted with Wonder Woman posters that have the release date emboldened, and even as there are billboards with Diana’s face on it everywhere. Anyone paying attention (and many people who are trying not) know this movie is coming out. We’ve known this since Batman v Superman.

But the central focus of this growing complaint is the lack of TV spots. The movie comes out in June. It’s still April. Do you remember Batman v Superman or Suicide Squad showing TV spots over a month before release? I can recall seeing no TV spots for Suicide Squad and a few short weeks before its release, I was bombarded with them. Why wouldn’t we expect the same from Wonder Woman?

The problem is that the larger culture is so used to complaining about the DCEU that we can’t help but to look for problems when they’re not there. We’ve not just normalized it, we’ve patternized it. I’ve enjoyed the DCEU as a whole and I’m looking forward to their future projects but there’s an obstructive, draining skeptical mindset throw at these films because they haven’t been received positively (for critics; every DCEU film has ranked fresh with audiences), and Wonder Woman shoulders the added pressure of being the first female superhero film of this magnitude ever.

Actually, let’s meditate on that point for a bit.

Wonder Woman has to be financially successful to increase our chances of seeing more of our favorite superheroines (and villainesses) in leading roles. Wonder Woman has to be financially successful so we can see more women directors. Patty Jenkins’ already has enough pressure. And anyone who has any common sense regarding the film industry and cares about the continuation of prominently featured women in franchise films should already have plans to be there opening weekend to let Hollywood know that female-lead, female-directed films can and will be successful.

I have no doubt that Wonder Woman is going to be huge, but that same spiteful cynicism that haunts every DCEU film is showing itself right now in the attempt to create a clickbait narrative about a nonexistent marketing problem. And in case you think I’m just being a fan blinded by hope against accepting any criticism, please recall that a month ago, articles were being written about Diana’s lack of armpit hair.

Negativity has become so pervasive around the DCEU that even before the expected barrage of complaints started, it felt strange that there was nothing to complain about regarding Wonder Woman.

But the general facts are still true. Patty Jenkins is one of very few female directors to be given a $100 million budget on a franchise film and summer blockbuster and she’s the first female director to take on a superhero. Perhaps even more incredible, considering all former models, is the fact that the DCEU is just four films into its roadmap and already audiences get to enjoy their female standout in a lead. (Comparatively, DC’s cinematic sibling universe Marvel had Iron Man as the main character in five movies before they had even announced the star of their first female-lead chapter, which is coming… when?). And in the backdrop, Gotham City Sirens and Batgirl have been confirmed on the DCEU horizon, and Suicide Squad, while not without fault, is in the rearview with powerful and complex woman all over its hero and villain spectrum (and the most ethnically diverse superhero cast, to boot). These facts alone should make people ecstatic with anticipation for the boosted female representation in superhero films, and if there is a bit of sincere nervousness about DC’s advertising strategy, we should all keep in mind that publicizing a female superhero is new business, and maybe we should lend them good faith because they’re not just the first ones doing it. Right now, they’re the only ones doing it.

If anyone fortunate enough to be given a decent public-facing platform is excited to see Wonder Woman succeed, a good technique of improving the advertising and public awareness of the film’s release would be to write informative material about the character, or expressing hope or excitement. At the least, that would be better than wondering why Wondy is not being promoted on cereal boxes like Batman and Superman. (Who gives a damn about cereal boxes when she’s being promoted on Danica Patrick’s sports car?)

Patty Jenkins, Gal Gadot, Zack Snyder and Geoff Johns have spoken passionately about Diana as both a character and a role model, so do we really believe there’s not a serious company interest in this film’s success? Hell, Johns’ pinned tweet on his Twitter page is a picture of Diana with the caption “The world needs Wonder Woman.” So be excited. The TV spots are coming and Diana’s armpits will be just fine. Don’t be that person. This is freaking Wonder Woman, folks. She’s been fighting this uphill patriarchal battle for over seven decades and winning! You already know who she is, you should know not to get in her way. Now go support her. 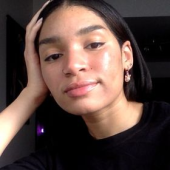 Return to Westworld with the Season 2 Teaser